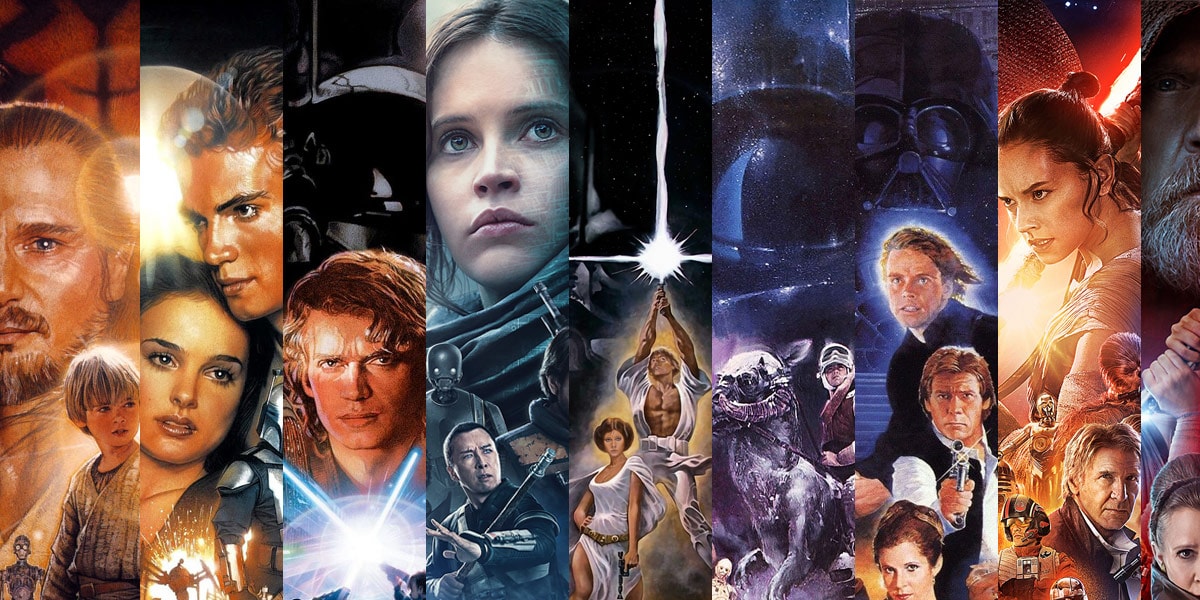 Fan Favourite Star Wars Movie Series is second highest grossing movie franchise in the world. United States of America have a great relation with Star Wars. If you are an American you might have grew up watching these movies and sharing stories of Jedi but the timeline of these movie have created a problem to understand story line of Star Wars Movie Series.

They have released “Episode 4: A New Hope” in year 1977 as the first  film of the franchise and introduce Jedi and other Major Characters of Star Wars.

Firstly, let’s have look on the release date of all Star Wars movies:

To Explain the connection between story line of Star War  movies they released  some spin offs, tv shows and comic but we don’t watch them you can still understand these movies. So, let’s head forward to the timeline of the franchise

This Franchise has been started by George Lucas under the banner of Lucasfilm. First Star War movie released by the “A New Hope” and than The Empire Strikes Back and Return of Jedi back to back in next 6 six years. These 3 Movie series called “The Original Trilogy” Star War Series. Later, these movie named as Episode 4, Episode 5, and Episode 6.

Follow by these movie, 3 new movies have been released after 15 years, which the story based on the past of events from the The Original Trilogy. In 1999, Star Wars Episode 1: The Phantom Menace, by this they started making it episode wise.

Episode I: The Phantom Menace

Film Starring Liam Neeson and Natalie Portman was released in year 1999. It was witten and Directed by George Lucas. This film is huge success and grossed over 1 billion US Dollars worldwide.

Episode II: Attack of the Clones

Movie sets after the 10 years of first movie. Attack of the Clones released on 16 may 2002 and grossed over 600 million dollars.

It is an CGI adaptation TV series of Star Wars. The story line of this tv series cover events happens between Revenge of Sith and Attack of the Clones. There are 6 six no. total season released which 121 episodes that were aired on Cartoon Network.

Episode III: Revenge of The Sith

Episode has been released in year 2005 by the name Revenge of the Sith. It was second highest movie of US in 2005. It collects 848.8 million dollars worldwide.

This movie based on famous character of Star Wars “Han Solo“. It covers life story of Han Solo and directed by Ron Howard. It is most expensive movie made of Star War Franchise but fail to make profit. Movie grossed 393 million dollars and considered as Box Office Bomb.

Events of This Animated Series Happened fourteen year after the events of Revenge of Sith, This series aired on 3 october 2014 at Disney XD TV channel and has 4 seasons with 75 episodes

This movie released in 2016 directed by Gareth Edwards. This movie was a financial success and grossed over 1 billion dollars.

Episode 4 originally “Star Wars” directed by George Lucas. It is the very first movie released by Star Wars Franchise. This Movie was released in year 1977.

Movie has been released after 3 years of first movie which follows the events of “A New Hope” in year 1980. This movie collects 538 million dollars worldwide.

Episode VI: Return of the Jedi

Last movie of the Original Trilogy released in year 1983 directed by Richard Marquand.

Movie Hits the box office with 2 billion dollars. It is the highest grossing movie of Star War movie Franchise. Story follow the events of “The Original Trilogy”. This Episode was released after 32 years of its Last Episode.

As they have announced there is a sequel trilogy that includes Episode 9. Title is not yet revealed. Movie is scheduled  to be released december 2019.