How long does SEO take? 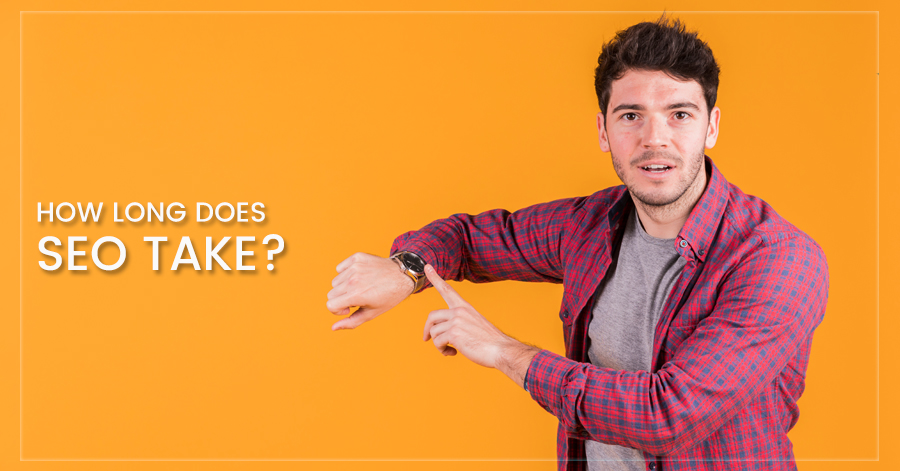 The million-dollar question how long does SEO take?

The first thing you got to understand is that for a brand new website, SEO is very hard and that’s because there are other websites out there that have been doing this for a decade or more or less you know whatever however long they been out there and that has made it. So that they are now very- very authoritative, They are competitive in the space, they have earned that place and they have for that ranking in Google.

Now if you have a brand new website and you’re going after niche terms or highly local term that’s a different story, in that case, you could be looking at ranking for some others of those terms within the nine to twelve month range depending on what the terms are and all these terms have different levels of complexity and that’s base off of how authoritative is the domain, how many links does the domain have to the main homepage and then to the individual pages you’re trying to get ranked how great is the content and then how stiff is the competition and then what is the competition doing to maintain those rankings.

So those are all things that you need to think about.

Alright!, If you’re more established website SEO can take a lot less time so that’s really good news. In some cases if there’s a website that’s been around for five or ten years and they’ve never tried to optimize the website correctly for keywords but they have a lot of links coming in and they’ve got content and they’re kind of ranking for some stuff naturally but the keywords just aren’t in the right place in that case that’s what we call a money site because you can go to an SEO company to come in and what they’re going to be able to do is optimise the website correctly so that each page is optimized for the right term and you’re gonna jump up it starts ranking for those terms that you always wanted to rank for. So that’s really best-case scenario a website that’s been around for three or four years. They’ve got some great content, they’ve got some rankings already maybe they’re doing some content marketing, they’re doing social media, they’re doing other types of marketing as well, They’re running AdWords maybe, they’re doing some TV and things like that and they just don’t have the right strategy in place. In that case, you’re an ideal customer and what’s gonna happen is, as each of the individual sections of the website is optimized you’re going to see more and more traffic go to the section that is being worked on overtime.

In that case you’re gonna see a gradual increase in traffic starting usually around the three to five-month mark and I’m talking just traffic to the area of the site that is being worked on and then growing and growing until the end of the year where you should be looking at traffic gains between 20% and 10% depending on how big the package was and how much and how hard you actually push the initiative.

So, SEO definitely still works our own traffic is up over 400 percent year-over-year but there’s a lot that goes into it and it’s really specifically how old is the site and how established is the website, how great is the competition, how much are you really pushing it and there’s kind of a final element and that has the website ever had a penalty or had any spam and that type of thing can also really hold back the site.

So the final question- how long SEO actually takes so if you’re a brand new site you’re not really gonna see any great gains that you gonna be really excited with until month 9 through 12 you’ll start seeing traffic come in but you’re not gonna see a return on investment until that time. If you’ve been around for a few years and the site’s already got great credibility and your ranking kind of closed for a few terms.

You can see results quicker, you can see results between the four to the twelve-month range and also something was broken on the side you’re just fixing something generally. You could see results in that you know four to 12- month range depending on the competition and how big your service packages are and then finally if you have a penalty on the website or something kind of holding the site down. You’re not going to see a return until that individual issue is taken care of.

In most case,s SEO is really a 9 to 12-month thing but the return are totally worth it for the business and the people who stick with it end up being some of the dominant players online. It’s the best investment that I’ve ever made for our company and for our longest-term clients they’ve gotten huge- huge returns. So it’s definitely something I recommend you do.