Best Animated Movies of All Time 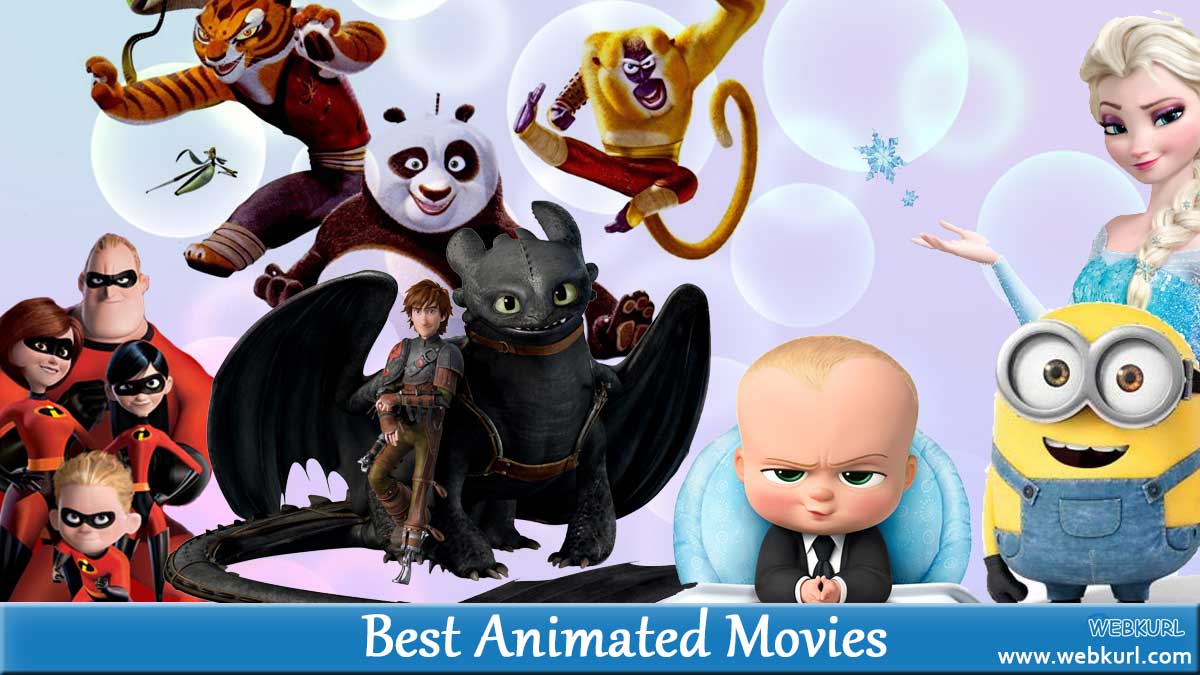 It is such a animated Movie, a complete family entertaining package superhero movie. Produced by Pixar Studio and Released by Disney movie hits the cinema in October 2007. Walt Disney Studio was already famous for making outstanding movie performances for kids at that time which attract the audiences to come and buy tickets for “The Incredibles”.

The Reason of including the whole franchise on a point is the story and plot of all 5 Movies released by Blue Sky Studios. The Story revolves around 3 Sid (Sloth), Manny(Mammoth) and Diego (Saber-toothed Tiger), who saves of others and their own. I definitely recommend this movie to watch with your family, kids or loved ones.

The ever”green” entertainment movie Shrek is based on a fairy tale book “Shrek” by William Steig. This movie a best-animated movie ever made because it has some great elements like the “king, dragon, princess, an empire, army, ogre(Monster), romance and a donkey who can talk.

Adventure story of a Giant Panda who is die hard fan of Kung Fu, you would love to watch him training and fighting with evil warriors. This Animated movies released under the banner of DreamWorks Animation and Paramount Pictures and collects over 600 Million US Dollars Worldwide.

Another Fan favourite exploring adventure by Pixar Animation Studio and Walt Disney Pictures. Story revolves around a young little Clownfish who got pretty cool adventures in the ocean around the world and make many friends. This Animated Gross over 940 Million US Dollars Worldwide and became the highest earning animated movie of the year 2003.

Minions: They are hardworking, they are funny, they are dumb (Some of them are intelligent) most importantly they are awesome. undoubtedly, it is the best 3d animated movie released by Universal Pictures. This movie follows the prequel story Despicable Me Series and the origin story of Minions.

3D animated musical fantasy film produced and distributed by Disney. The movie is currently the highest earning animated movie released till date. It is a story based on the fearless princess who holds the power of controlling Ice and Snow.

A baby who is not born but hired by a company for management to gain losing love and value for newly born babies in the world. This is released under the banner of DreamWorks Animation Company. After the success of the Animated Movie Netflix and DreamWorks Announces the TV Series name Baby Boss: Back in The Business.

Action Fantasy computer animated movie based and dragon and the war between both of civilization. The story of the movie based on a teenage, weak who’s father wants him to prove himself a Viking. This Animated movie again produced by DreamWorks Animation Company.

Everything is just great about this movie. This Animated movie is based on Marvel Comics which leads “Miles Morales” as lead spider-man in the spider-verse and it is the first Animated Movie of Spider-man Franchise.